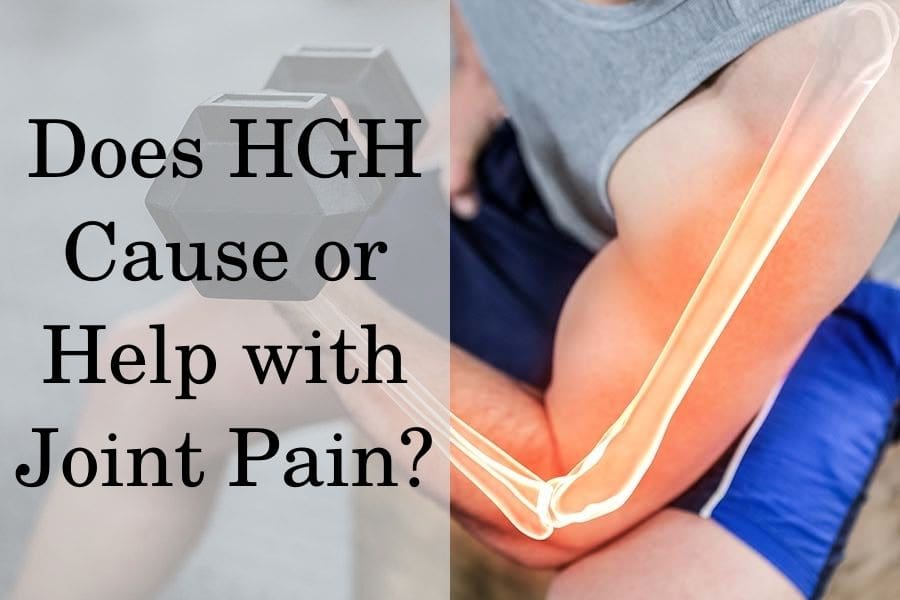 There is a complex relationship between your endocrine system and the health of your joints. For example, estrogen in women, as well as testosterone in men, both have anti-inflammatory effects which help reduce joint pain and symptoms of arthritis.

Another interesting endocrine factor with an impact on your joints is the human growth hormone (HGH). HGH plays a key role in the normal growth and development of cartilage and may stimulate cartilage repair on a cellular level.

In addition, the health of your joints depends on genetic and lifestyle factors such as family history, physical activity, history of injuries, work, hobbies, and nutrition.

How does HGH affect joints?

Growth hormone is one of the factors that stimulate the development of bones and joints during the intrauterine period. It is also a key factor in stimulating joint growth throughout childhood and adolescence. 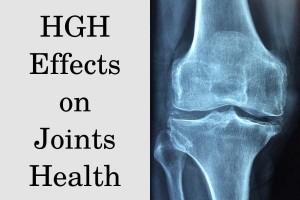 HGH works by stimulating the growth and development of chondroblasts and chondrocytes. These are the cells and their progenitors which make up the tissue of the cartilage in your joints.

Growth hormone also leads to increased collagen production – the protein which glues everything together and helps the strength and robustness of articular cartilage.

Normal HGH synthesis helps maintain adequate muscle mass and lower levels of body fat. In return, your muscles play a major role in supporting the strength and integrity of your joints.

Furthermore, maintaining normal body weight helps lower your chances of osteoarthritis, since obesity is a major risk factor for the condition.

Osteoarthritis is a degenerative joint disease that occurs due to wear and tear of the articular cartilage.

On the other hand, animal studies reveal that low GH levels such as in growth hormone deficiency (GHD) may increase the severity of an already existing osteoarthritis.

The scientists induced GHD in the test animals and those who did receive HGH therapy had lower incidence and severity of osteoarthritis. Thus, the researchers suggest that using HGH for joint health may be particularly beneficial in GHD patients who also suffer from arthritis.

Currently, no clinical studies report if the standard HGH therapy taken subcutaneously has any beneficial effects on pre-existing joint conditions such as osteoarthritis.

With that being said, the human growth hormone may help reduce levels of inflammation which is often a major factor in the occurrence of joint problems.

In one study, HGH injections led to a significant decrease in overall levels of inflammation within the first 6 months, but it is unclear whether these effects can extrapolate to joint inflammation.

Therefore, at least in theory, HGH may also help reduce joint inflammation, although there is no clinical evidence to directly support it.

Animal models of rheumatoid arthritis, which is a condition caused by an autoimmune reaction against joint cartilage, suggest that proper administration of HGH may also have direct anti-inflammatory effects and reduce the rate of joint destruction.

Experiments also reveal that HGH may have benefits for cartilage when used directly on the tissue. For example, one in vitro study suggests that HGH may be able to induce cellular repair in damaged cartilage cell culture.

Scientists have also investigated the potential of injecting HGH directly into the joints of patients with osteoarthritis, and the clinical results appear promising.

They injected either platelet-rich plasma (PRP) or a combination of PRP and HGH as a single injection into the knee joints of 44 patients.

The researchers reported that there was a significant improvement in the complaints of joint pain and stiffness in both groups 1 month after the injection and the improvement was higher in the group which was given the combined injection with HGH.

While injecting HGH directly into the joint led to additional pain relief and symptom improvement in these patients with arthritis, there is still not enough evidence to recommend such procedures for all individuals with joint problems.

That’s because scientists need more evidence to determine the potential risks after repeated intra-articular HGH injections as well as the effectiveness of the procedure in potentially reversing arthritis symptoms.

Since growth hormone therapy has not been approved for such indications, your doctor cannot legally prescribe HGH injection for joint problems.

Can HGH help with knee repair?

Knee osteoarthritis is one of the most common forms of arthritis, as the knee joints are often under significant load during daily activities, work or exercise. 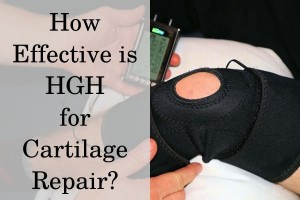 This leads to wear and tear of the cartilage and the development of knee osteoarthritis.

Currently, there is no clinical evidence that HGH therapy can help repair damaged cartilage in any joint including the knee.

Yet, animal studies suggest that there may be positive results in terms of cartilage regrowth and repair after repeated intra-articular injections.

One experiment in rabbits revealed that a weekly intra-articular injection given to rabbits with arthritis for 5 weeks was significantly more effective at recovering lost cartilage when compared to a placebo or a single injection.

These results were translated to 14 patients with severe arthritis of the ankle. Scientists reported a significant reduction in joint pain, and about 14 degrees increase in mobility on average after 5-12 weeks of weekly intra-articular injections.

Clinical evidence suggests that systemic HGH therapy may also help heal injuries in tissues with quickly dividing cells, such as the skin and the gastrointestinal tract. For example, a trial in 46 children suffering from skin burns reports that HGH therapy led to 25% quicker recovery compared to placebo.

Another study also reported 11% lower mortality amongst adults with severe wounds who took HGH therapy when compared to placebo.

HGH may also speed up repair and recovery after fractures thanks to its benefits of increasing bone mineral density. It’s important to note that the effect of HGH therapy on bone tissue can take about 6-12 months until bone density begins to increase significantly.

Yet, there is no evidence to confirm that HGH therapy can help repair joints, and therefore it is unclear how long it would take for such benefits to occur.

When and why HGH can cause joint pain?

Some of the most common side-effects of the standard HGH therapy are muscle and joint pain. These complaints occur because of the effects of HGH on water retention.

If GH levels in the body increase too quickly at the beginning of the therapy or after an increase in dosage, your body may retain more water, leading to swelling in the joints, stiffness, pain and discomfort. These side effects are often accompanied by a headache, edema, and carpal tunnel syndrome.

Yet, such complaints are transitory and can be addressed quickly by reducing the dose of your HGH medication.

In some patients, the pituitary gland (or tumors that are affecting it) may produce excessive amounts of HGH, which also leads to increased levels of water retention and joint pain.

The condition can lead to acromegaly, as the patients also experience other symptoms due to the HGH excess such as an enlarged jaw, hands, feet, and facial changes.

Unfortunately, the persisting swelling of the cartilage in patients with acromegaly can lead to debilitating arthritis as the HGH causes the formation of bone spurs inside the joint that destroy the cartilage.

What is more, damage to the cartilage and the joint hardly recover even after successful treatment of acromegaly and achieving normal or low GH levels. 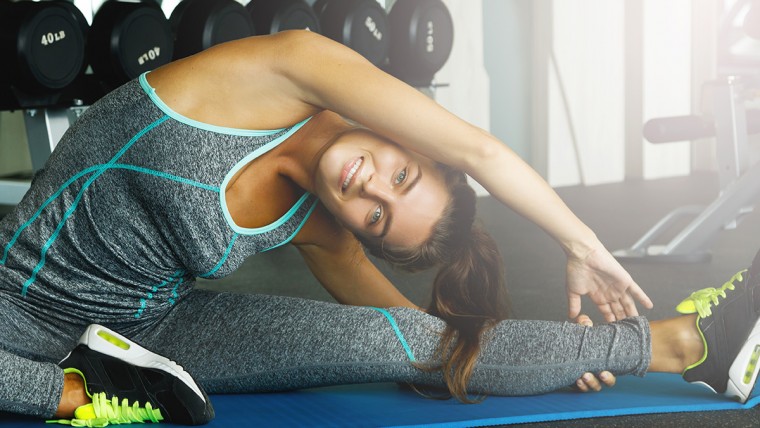 HGH for Back Pain 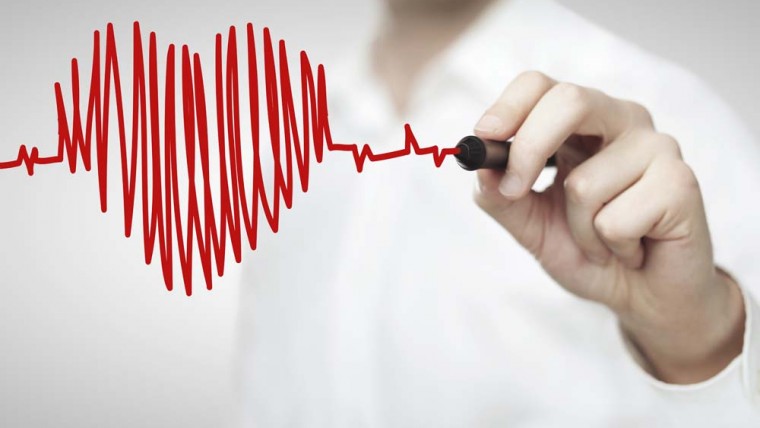