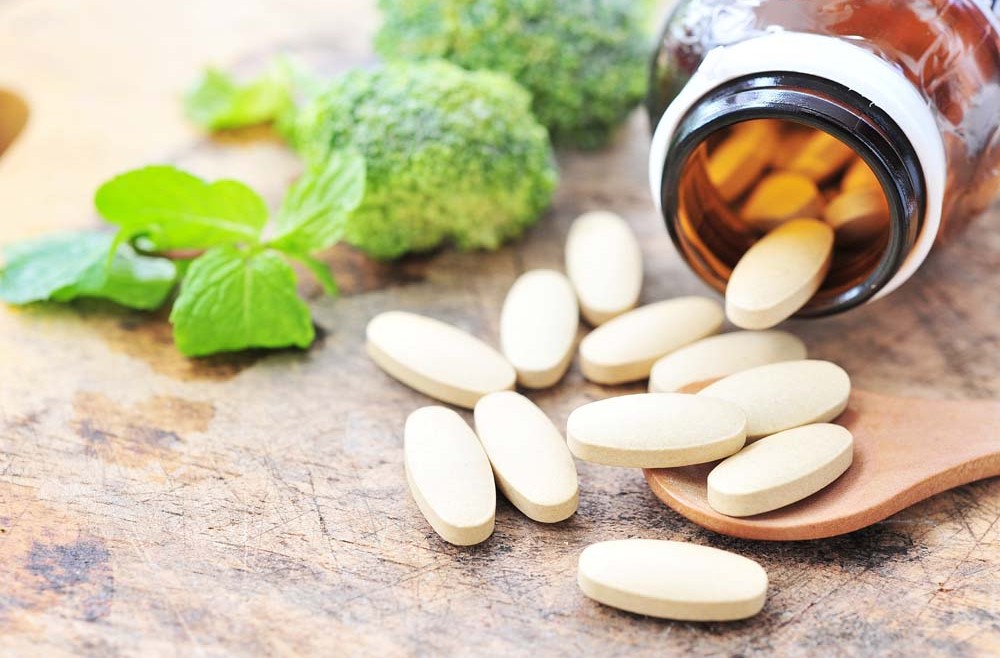 Trying to lose weight can be difficult, especially as you grow older. A sluggish metabolism may be partly to blame. One of the reasons that your metabolism begins to slow as you age is due to a decrease in the production of HGH human growth hormone. The pituitary gland is still capable of HGH production but may just need a boost of the right substances to increase the amount of growth hormone available to be released into the body. Substances that can stimulate the secretion of other substances within the body are known as secretagogues. These substances, such as those that stimulate the production and release of HGH growth hormone, are also known by many other names. You may have heard of them mentioned by names such as:

Secretagogues can come in various forms and may be utilized through injections or through oral delivery methods. There are many natural substances that are produced by the body that can stimulate the release of HGH. Because growth hormone is basically a sequence of amino acids that form a more complex type of protein, boosting levels of certain amino acids in the body can stimulate other hormones that affect the release of growth hormone in the body.

How This Can Help with Weight Loss

As with HGH growth hormone, prohormones also increase the amount of IGF-1 that is released into the system. IGF-1 is responsible for the proper metabolism of proteins, fats, and carbohydrates in the body. As HGH growth hormone levels are disrupted, often resulting in a deficiency, foods are not metabolized effectively. This most commonly results in the storage of excess energy in the form of fat buildup throughout the body. Increasing your levels of HGH can help to reverse the way your body uses fuel back to the effectiveness of when you were younger. Because the foods you eat can be better metabolized and used as fuel for energy, less is stored away as fat for later use. With increased metabolism, stored fats can also begin to be used to fuel the body. 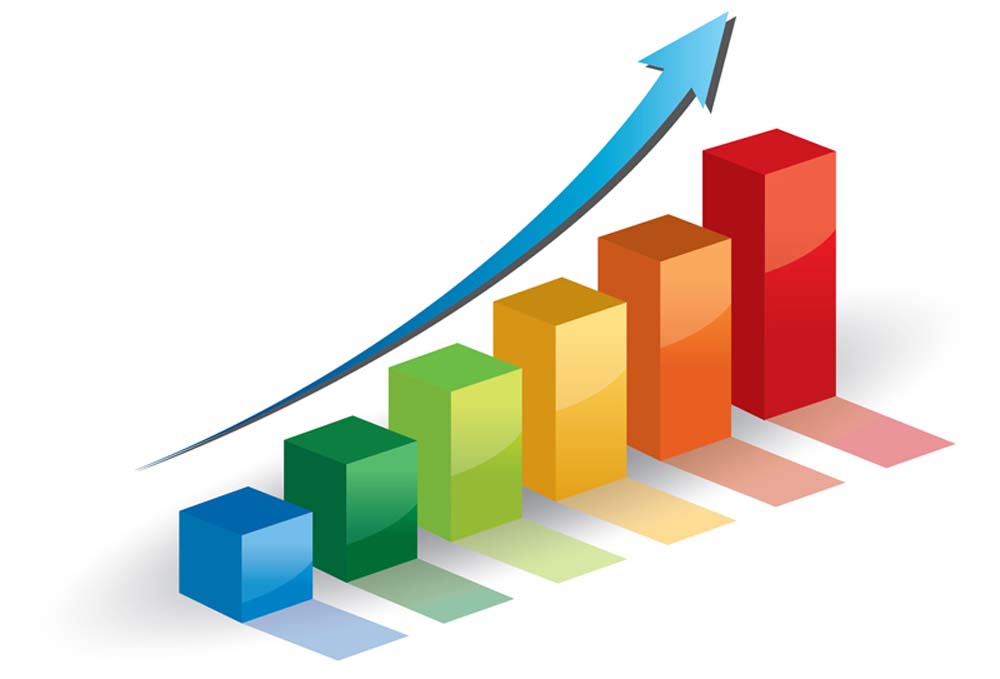 Additionally, you may lose weight from the reduction of fat and the growth of lean muscle tissue. This can lead to a more effective calorie-burning cycle because muscle burns calories more effectively than fat. This means that muscle growth can actually increase metabolism and the amount of HGH produced by the pituitary gland. An enhanced benefit of using amino acids is that these substances are also necessary to build and repair muscle, which can be beneficial during periods of exercise.

Injections or methods that include the use of oral supplements containing secretagogues can be a better option for many people at stimulating the production of growth hormone than by receiving actual HGH on its own. When growth hormone is supplemented into the body, there is the potential risk that you could develop some serious side effects, especially if you are an older adult. If you are worried about potential undesirable effects that you might get from HGH directly, an HGH  stimulator might be a good alternative method to increase levels of growth hormone in your body more naturally.

Precursors to growth hormone may occur as true hormones or amino acids, either individually or in combination in the form of peptides.

GHRH. Growth hormone-releasing hormone increases the amount of HGH that is produced. GHRH can help to increase metabolic rate, which can really begin to slow down as you grow older. By increasing the rate at which the body burns calories, GHRH could be beneficial to those who are trying to lose weight. It has also been found that those with high enough levels of GHRH also showed less physical decline than those without enough of this growth hormone releaser. An increase in mental capacity has also been shown with GHRH, which can enhance abstract thinking, fluid intelligence, and reasoning capabilities.

Ghrelin. Ghrelin is a peptide that is produced within the stomach and stimulates the appetite. Also known as the hunger hormone, ghrelin can lead to weight gain. However, when combined with GHRH, ghrelin supplements will generally not increase the hunger response. This allows those who use the combination of growth hormone release hormone and ghrelin to enjoy the benefits of increased growth hormone without worrisome weight gain associated with ghrelin use on its own. Taking the hormone ghrelin with GHRH has been shown to stimulate an increase in the release of HGH growth hormone to obtain the desired response, including the loss of fat and the growth of lean muscle.

Amino acid peptides are often used in oral supplements, powders, sprays, or through injections. Because HGH is a complex type of protein, it makes sense that the building blocks of protein, amino acids, could also be effective at increasing the release of HGH by the pituitary gland. Researchers have found that many amino acids work better at increasing the release of HGH in the body when they are combined with other amino acids. One such amino acid combination that has been found to show promise is that of arginine, glutamine, and ornithine, typically given through an oral delivery method. Some supplements may also add vitamins, minerals, and herbs to the formulation.

Arginine. Arginine is an amino acid that has been shown to increase HGH during short wave sleep cycles, sometimes by as much as 60 percent. However, arginine can actually decrease growth hormone levels during exercise. This is why arginine should be used in combination with other amino acids as a peptide for more effective use. For example, when the amino acids arginine and ornithine are combined, this produces an increase in the release of HGH.

Glutamine. Glutamine does its work at increasing the release of HGH during periods of intense exercise. The method of combining arginine and glutamine promotes a combination that can increase growth hormone at various times, day or night.

Some other common stimulators may include:

There are some potential problems with oral delivery methods when amino acid peptides are used as secretagogues for other amino acids. The dosage that is required to actually bring about the desired response by the body to release HGH or GHRH is so high that the amount needed would not fit into just a few capsules or tablets. In addition, the large amounts required of each amino acid to increase the release of growth hormone would be enough to result in potentially unwanted side effects.

Arginine. To stimulate the production of growth hormone, 2 to 3 grams of arginine is recommended. Side effects that this high of a dose can include nausea and a potentially dangerous drop in blood pressure. Arginine can interact with NSAIDs and other medications. Those with diseases of the liver, kidneys, or heart may want to avoid arginine.

Ornithine. Ornithine in the amount of 5 to 10 grams is recommended for HGH release. High oral dosages of ornithine have been found to cause diarrhea in men, but this effect has not been seen as frequently in women.

Glutamine. It seems that 1.5 to 6 grams of the amino acid glutamine are necessary to stimulate an increase in HGH. Glutamine can cause an allergic reaction in some individuals, especially those who are sensitive to monosodium glutamate, or MSG.

Although oral supplements of various secretagogues are available for purchase over the counter, finding the right dosage can be a bit problematic. You will want to know what your growth hormone and GHRH levels are before you begin taking any type of formulation containing amino acids. It can be important to have a professional who is experienced with all types of delivery methods who is also well-versed in amino acids and HGH growth hormone precursors.

When you work with an experienced professional, your dosage can be readily changed if you begin to develop side effects from any of the amino acids or HGH growth hormone stimulators used. Whether your provider decides amino acids, prohormones, or some combination would work best to increase your metabolism and help you to lose weight, he or she may also recommend that you change your diet and begin a workout routine to enhance the rate of muscle growth that occurs when you experience an upsurge in your HGH levels. Using secretagogues to increase growth hormone for weight loss is best done under supervision. 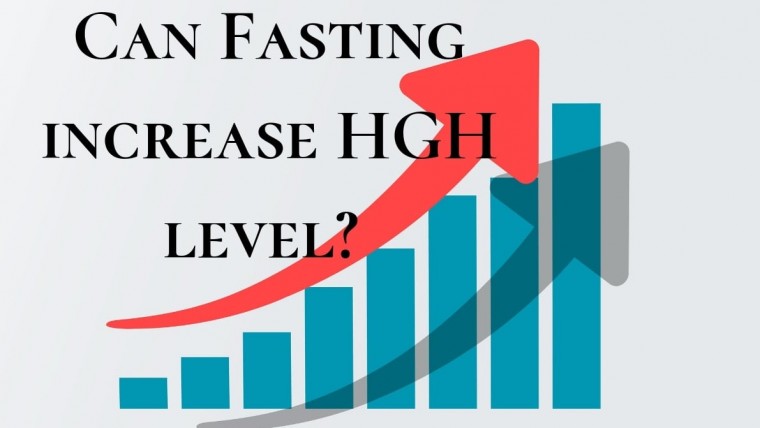 Fasting and Increased HGH: Is There a Connection? 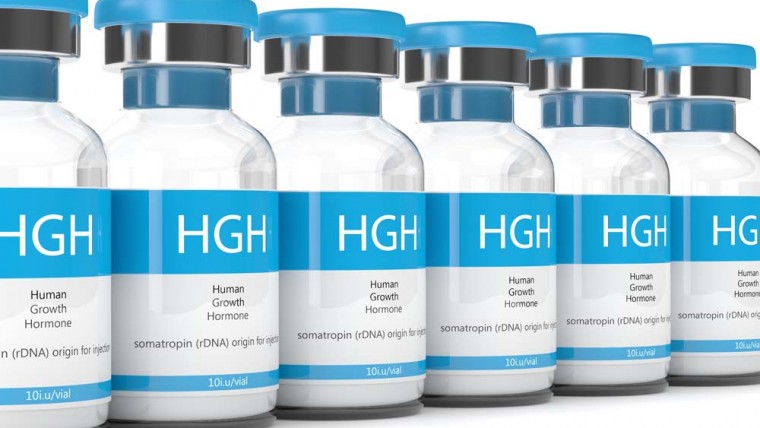 The Difference Between HGH and Sermorelin