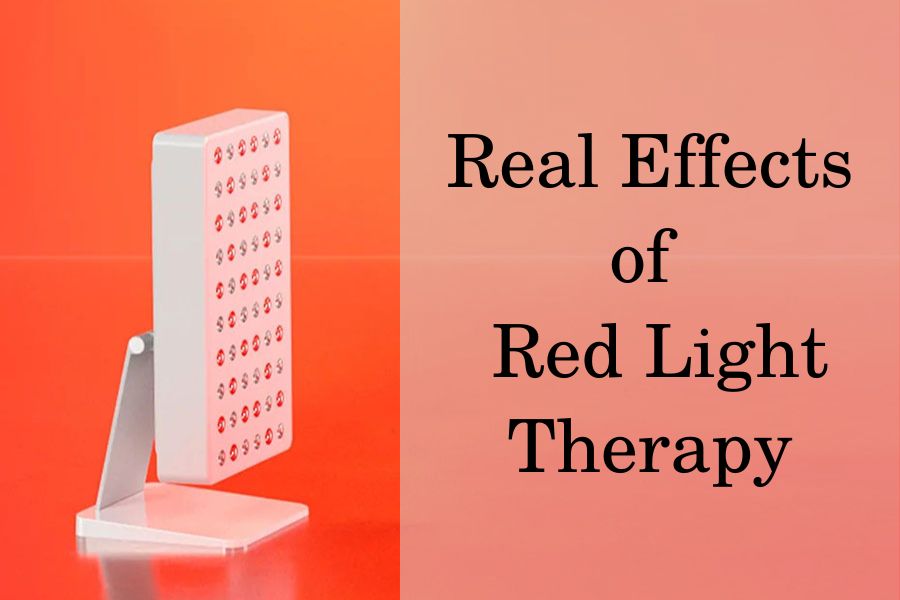 Testosterone is the symbol of masculinity, so men will always be interested in new ways that may help them naturally optimize their hormonal levels. Therefore, mentioning a potential method to raise testosterone on live TV is bound to get a lot of attention.

This is exactly what happened during a recent interview between the Fox News host Tucker Carlson and a personal trainer named Andrew McGovern.

During the interview, McGovern mentioned a form of therapy called red light therapy (RLT) and presented it as an emerging option to improve testicular function and testosterone levels in men.

Indeed, red light therapy is becoming more and more recognizable as a potential tool in the management of a variety of conditions.

That’s why we have decided to dig into the evidence and find out if RLT is a good alternative to hormonal therapies like TRT, or at least beneficial for healthy people who want to optimize their testosterone production.

In this article, you will discover all the available data on red light therapy and whether you can expect any benefits from it or not.

How red light therapy is supposed to work 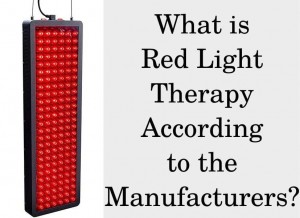 Due to the current status of red light therapy as an emerging therapeutic method with a wide range of potential benefits, the Internet is filled with various speculations regarding its effects on male health.

The most common effects you may stumble upon when researching the method include benefits for skin, such as wound healing, reducing wrinkles, inflammation, and others.

Currently, it is not clear how exactly red light therapy works but there is some preliminary clinical evidence suggesting that it may hold some promise for the skin problems mentioned above.

Furthermore, there is emerging evidence for other potential benefits such as improving joint problems, tendon pain, and hair loss.

Red light therapy is generally considered safe as long as it is not too intensive. The light has a warming effect on the skin, so higher intensities may cause skin burns.

Red light is within the spectrum of visible light and it’s close to infrared radiation. Visible light, as well as infrared light, have mostly warming effects so they may cause skin redness.

Infrared radiation is not ionizing, which means it does not cause the formation of active radicals and it is not carcinogenic 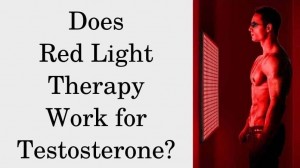 Currently, most of the evidence suggests that red light therapy cannot affect testosterone levels in healthy men, as well as men with low T.

The only evidence that suggested LLLT may influence testosterone levels is the publication of an animal study conducted in South Korea. The scientists investigated the effects of red light on rats.

According to the researchers, 4 days of red light therapy directly toward the rats’ testes led to a significant increase in serum T. Needless to say, this is only preliminary research.

It is important to note that the findings in animal studies often do not translate to humans. What is more, neither animal nor human trials have managed to replicate the results.

Currently, there is only one clinical trial suggesting any effects of red light therapy on hormone production in patients. The participants had hypothyroidism and the trial showed promising results but it was small and has never been replicated.

This is why currently neither the FDA nor any other medical authorities have approved LLLT for the treatment of any hormonal disease or disorder.

On the other hand, there are several studies suggesting that red light therapy has no influence on testosterone synthesis.

For example, another animal trial that involved rams with testicular degeneration reported that there was no benefit of red light therapy on testosterone synthesis. Considering these results, LLLT may not have any effect in cases of low T due to testicular problems.

One clinical trial investigated the effects of whole body red light therapy on the function and recovery of muscles in athletes. The scientists also measured their testosterone levels and reported no effects during the course of the therapy.

Due to the lack of evidence, regulatory agencies have not approved red light therapy as a method to increase testosterone levels in healthy individuals or manage any form of hormonal disorders.

How does red light therapy affect the testicles?

Apart from the professed benefits for testosterone production, some proponents of red light therapy have also speculated that it may provide other benefits for male health as well including improved fertility and testicular health. 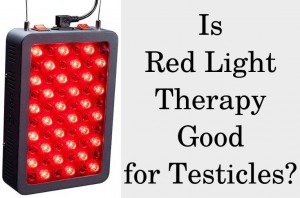 Yet, the scientific evidence on the topic is extremely scarce. Considering the warming effect of light, testicular exposure to low-level laser therapy may actually have negative effects on testicular function.

That is because the temperature of the testes and the scrotum should normally be 2-3 degrees lower than the body temperature to ensure normal sperm formation and growth.

According to research, the negative effects of excess heat on the testes may lead to sperm damage that lasts several days or even weeks after exposure.

On the other hand, one small study suggests that red light therapy may help men with erectile dysfunction due to depression. The scientists suggest that the therapy can help ease the symptoms of depression, which in turn can result in improved sexual health.

Yet, there are no studies regarding the direct effect of red light therapy on erectile dysfunction due to other causes or the penis in general

Considering the warming effects of light on human skin, some warming and vasodilation could be expected, which in turn could aid the expansion of the blood vessels in the penis and help with erections. However, there is a need for more research in order to confirm these theories.

Does sunlight on testicles increase testosterone?

Currently, irradiation of the testes with direct sunlight has not been researched. The effects of tanning your scrotum/testicles are unknown, and scientists may refrain from investigating them due to potential hazards.

Instead, scientists have been investigating the effect of direct irradiation of sperm cells outside the testes with red and infrared light which are part of the sun’s spectrum.

One study, which included infrared rather than red light, reported that the in vitro irradiation of human sperm cells helped improve their mobility. Another similar in vitro study reported similar results such as improved sperm motility in samples from men with asthenozoospermia after irradiation with either infrared light or red light.

While these studies report some benefits of infrared and visible light on the motility of sperm cells, this does not mean that indirect irradiation through the scrotum can also improve fertility.

Since heat is harmful to the testes and fertility, we may expect that the effects of testicular tanning would be rather negative. On top of that, exposure to UV light is known to increase the risk of skin cancers such as melanoma.

Therefore, it is best to refrain from tanning your penis and scrotum, as it may be a potential risk factor for a wide range of urogenital problems.

Tanning the rest of your body during activities such as sunbathing may hold more promise for improving testosterone levels. That’s because exposure to UV-B rays is essential for normal vitamin D synthesis, and studies report that vitamin D deficiency correlates with lower free T levels.

Yet, it is important to consider the risks for skin cancers due to exposure to direct sunlight. Therefore, excessive sun exposure should be avoided and you should always wear sunscreen if you will be under intensive sunlight for long periods. 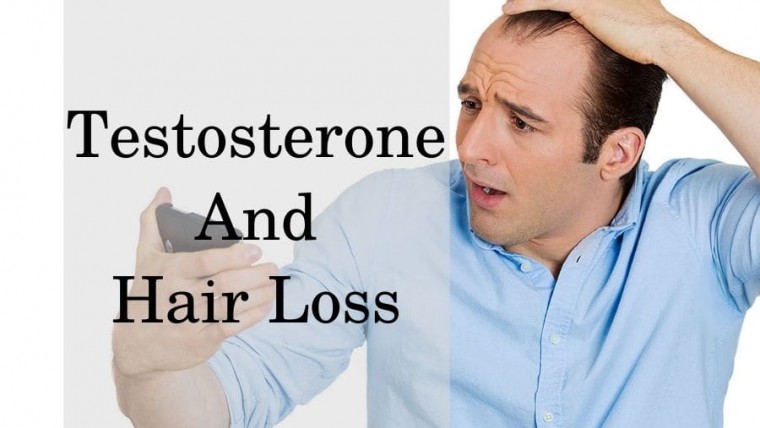 Can Testosterone Cause Hair Loss? 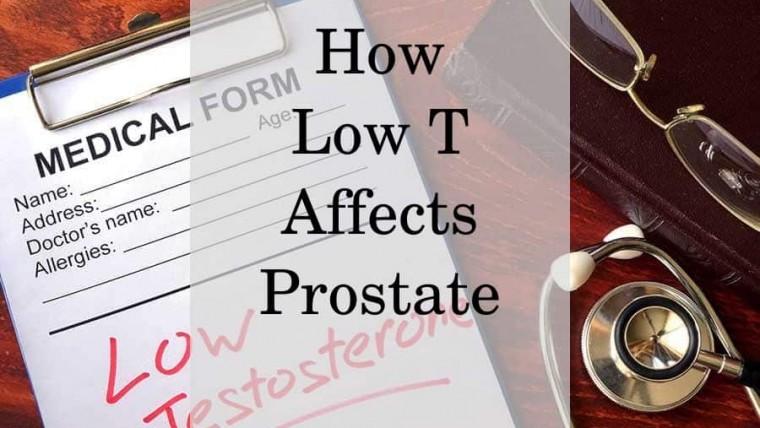