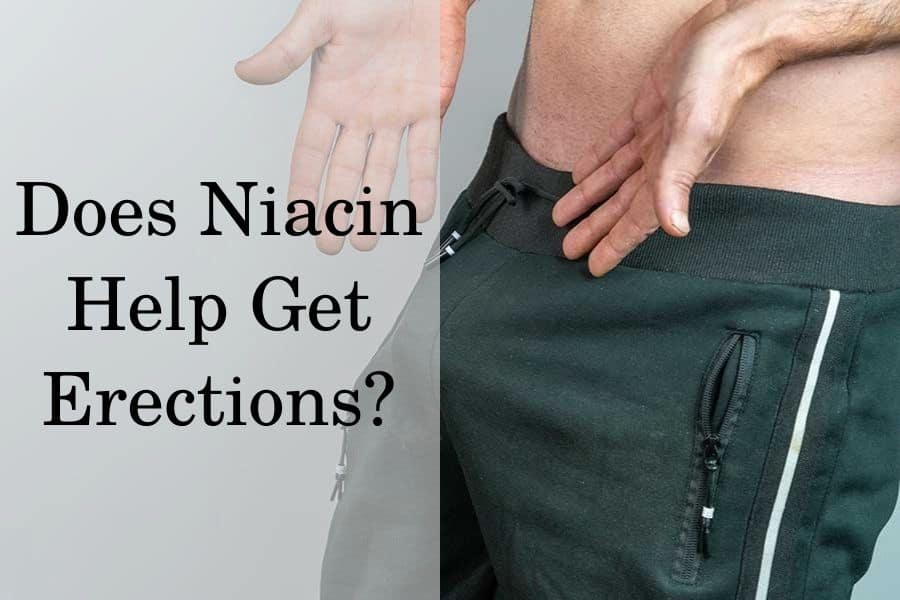 Vitamin B3 (niacin) is a common ingredient in many supplements for men, mainly due to its vasodilating and cholesterol-lowering effects.

Preliminary studies have shown that niacin can improve sexual wellness and erectile function in some males.

Can niacin help with ED?

Currently, only one clinical study has investigated the effect of niacin on erectile function. It included 160 men with erectile dysfunction (ED) and dyslipidemia.

The scientists reported that 1500 mg of niacin for 12 weeks significantly improved scores of erectile function in those with moderate and severe ED. However, there was no improvement in patients suffering from mild ED.

Adverse reactions which include flushing and skin itching were experienced in more than 1/3 of all participants. There were a few cases of palpitations as well. The benefits from niacin lasted for up to two weeks after discontinuing supplementation.

Although the research is promising, a single study is insufficient to recommend vitamin B3 as a treatment for ED.

The researchers reported that the effect of niacin supplements is similar to those of cholesterol-lowering drugs like statins. Therefore, any benefits of niacin for ED are likely limited to those suffering from dyslipidemia as well.

Other studies have investigated the combined effects of L-carnitine, arginine, and niacin in treating ED. They reported small but statistically significant improvement in erections.

However, the niacin content per dose was only 20 mg so it’s likely that the benefits were caused by the vasodilative effects of arginine rather than vitamin B3.

What are the benefits of niacin on sexual health?

According to research, men and women with low HDL may experience improved blood flow and endothelial function after niacin supplementation. These effects are likely mediated through its benefits for lipid levels and vasodilation.

If you are a man, improved blood flow to peripheral tissues can help improve aspects of your sexual function such as achieving and maintaining an erection.

Managing dyslipidemia can also reverse the negative effects of atherosclerosis, which is one of the most common causes of erectile problems in men.

Theoretically, improved blood flow to the genitalia may also improve aspects of sexual function in women such as lubrication and sensitivity. However, there is no research to support such effects in females.

Furthermore, there are no studies on the effect of niacin on other sexual parameters in men such as libido, fertility, sperm count, or prostate function.

On the other hand, there has been at least one case report of side effects due to self-administration of high doses of vitamin B3 in prostate cancer.

According to the report, niacin supplementation led to a potentially life-threatening intraoperative hemorrhage during conventional prostate cancer therapy.

More on the topic: What is the Connection Between Testosterone and the Prostate?