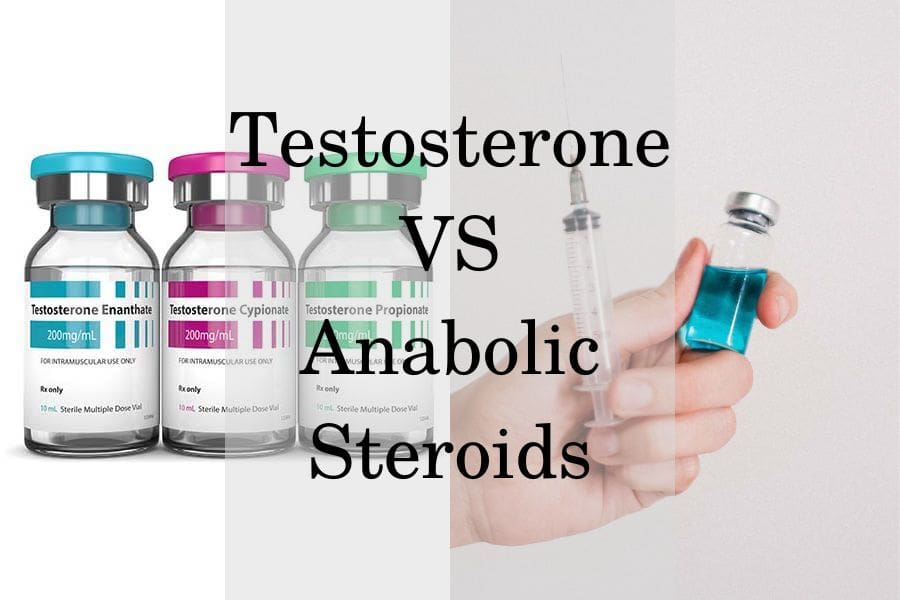 Testosterone (T) medications are often mistaken with anabolic–androgenic steroids (AAS), due to the fact that both categories have abuse potential, steroid structure, and potent anabolic effects.

Yet, testosterone can be legally prescribed in the form of testosterone replacement therapy (TRT) to help manage the symptoms of medical conditions such as hypogonadism.

On the other hand, anabolic steroids are products that may contain testosterone or other androgens that are taken in much larger and unsafe doses with the sole purpose of improving one’s performance and physique.

Anabolic steroids are also illegal and unregulated products, usually purchased on the black market and imported from countries like India or China.

Still many people find it difficult to differentiate between AAS and TRT, so in this article, you will discover a detailed breakdown of what exactly testosterone and anabolic steroids have in common and why they differ.

Why testosterone is not the same as “steroids”

Testosterone can be classified as a steroid, but the term “steroid” does not necessarily mean illegal or unsafe.

Testosterone is a hormone naturally found in the human body, but it can also be prescribed as a medication in the form of testosterone esters to help with symptoms of low T. Hormones such as estrogen, progesterone and cortisol are also steroids.

Inside a patient’s body, the esters used in TRT get transformed into testosterone which is indistinguishable from the one naturally produced in healthy men.

Men’s health and quality of life depend significantly on their T levels and conditions that result in low T such as hypogonadism can lead to debilitating symptoms.

That’s why men with low T are prescribed TRT. TRT is currently the only FDA-approved therapy for the management of all forms of hypogonadism as it helps restore normal serum T levels regardless of the cause.

On the other hand, anabolic-androgenic steroids are a wide range of products, some of which may contain testosterone esters, but they may also mimic other male hormones (androgens) such as dihydrotestosterone (DHT).

Testosterone therapy can be legally prescribed by a doctor, while anabolic steroids are illegal performance-enhancing drugs

Most of these products were officially manufactured but discontinued due to side effects. What is more, some AAS known as “designer steroids” were manufactured for animal rather than human use.

AAS are currently illegal performance-enhancing drugs used to improve strength, speed, endurance, and aesthetics. The effects of these drugs are dose-dependent, so higher doses lead to larger and faster results.

If testosterone esters are abused in large doses, they can also be used for enhancing performance. In fact, some of the most common esters used for TRT such as testosterone cypionate, enanthate, and propionate are also illegally sold as AAS.

Yet, the origin of such products is often unclear and there is a significant risk that they can be diluted, contaminated, or tampered with in other ways.

The main difference between testosterone medications and steroids is that TRT is legal. It must be prescribed by a medical doctor and involves the use of federally-controlled drugs which are administered in physiological doses.

On the other hand, AAS are unregulated performance-enhancing drugs that are illegal and unregulated, with questionable quality and safety. What is more, they are used in doses that exceed physiological doses manifold.

Here is a short comparison between the main differentiators of TRT and AAS:

Highly variable, but much higher than therapeutic doses (e.g, 300-1000 mg per week). Often several AAS are stacked together.

Each AAS has a different half-life and therefore the time it remains in your system depends on the specific drug.

But in general, anabolic–androgenic steroids have shorter half-lives than testosterone esters used for TRT such as testosterone undecanoate.

That’s because the goal of the steroid cycle is to reach extremely high androgen levels in the blood as soon as possible.

Thus, anabolic steroids work much faster than TRT and the effects such as improved strength, body weight and endurance can occur as soon as the first week.

On the other hand, it may take at least 3 weeks of TRT until men with low T notice any changes and symptom improvements. That’s because the goal of TRT is to achieve physiological T levels and help manage your symptoms without causing side effects.

What are anabolic steroids?

Anabolic steroids are products with steroidal structures which can exert anabolic effects on protein metabolism and other processes in the human body. 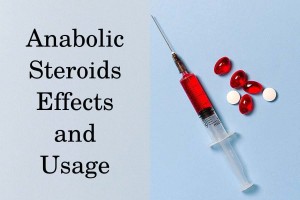 With that being said, not all steroids are anabolic steroids. In fact, most steroid medications are based on another steroid hormone – cortisol.

These medications are known as corticosteroids or simply steroids and mimic the anti-inflammatory effects of cortisol. Yet, they possess mostly catabolic rather than anabolic effects.

Corticosteroids are prescription medications that can be used to help manage inflammation, treat autoimmune conditions, and reduce the symptoms of allergies.

On the other hand, AAS are illegal drugs similar to testosterone that are not regulated, they are not legally available, and some of them were not even meant for humans.

Depending on what they are used for by athletes, AAS can be classified into 3 main categories:

In reality, all AAS possess various ratios of all 3 effects. Another classification is according to the route of administration – by mouth or by intramuscular injection. This also plays a role in their metabolism and typical health risks.

Dianabol and Metandren mimic testosterone and they are susceptible to aromatization into estrogen, while the rest of them mimic DHT.

Taking AAS will affect your serum T levels depending on the exact type of steroid. If you are to take AAS in the form of a testosterone ester, this will significantly increase your serum testosterone levels, but it will completely suppress your natural T synthesis.

On the other hand, the types of AAS which metabolize or mimic other androgens such as DHT will diminish both your serum T levels and natural T synthesis.

That’s because the high levels of AAS in your bloodstream send negative feedback to your endocrine glands and your testes stop producing endogenous T.

In order to avoid damage to the testes and permanently low natural T, AAS are usually taken in short cycles – 1-3 months. In most cases, the natural T synthesis returns to normal after discontinuing the AAS cycle.

What are the main side effects of anabolic steroids?

Since AAS are abused in large doses, this leads to excessive activation of the anabolic and the androgen receptors and side effects such as prostate enlargement, heart and liver damage, and more. 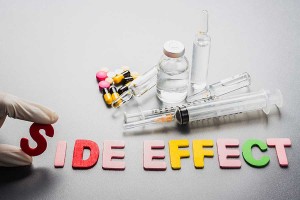 The androgen excess can also overstimulate the androgen receptors in the skin, resulting in hair loss (male-pattern balding), severe acne, and oily skin.

These health risks as well as the high addiction potential of AAS are the main reason why anabolic steroids are controlled substances and are considered illegal in the US.

Unfortunately, many of the side effects which occur during AAS abuse can be permanent. Examples include liver damage, gynecomastia, and more. In some cases, there is permanent damage to the testes and infertility as well.

Infertility occurs because anabolic steroids mimic the androgens in the male body which suppresses the function of the testes, causing them to shrink and cease all functions.

Some of the most serious adverse reactions due to AAS abuse include heart, liver, and kidney problems. For example, researchers report that people who have abused AAS for prolonged periods develop cellular pathologies in their heart cells similar to cardiomyopathy.

AAS users may also develop hypertension, worsened lipid profile, atherosclerosis, and increased blood clotting. This leads to an increased risk of heart problems in people taking AAS such as heart attack, heart failure, and even sudden cardiac death. The elevated cardiovascular risk persists long after steroid use has been discontinued.

On the other hand, researchers report that liver failure is typically associated with oral AAS and not injectable ones. That’s because to be orally active and resistant to liver metabolism AAS pils are modified into 17-α derivatives.

17-α AAS can cause liver damage via a few different mechanisms including acute cholestatic syndrome (bland cholestasis), chronic vascular injury to the liver, and even inducing the development of malignant hepatic tumors.

Despite the numerous risks, both amateur and professional athletes, especially bodybuilders, often abuse AAS in an attempt to be bigger, faster, stronger, and more shredded

According to trials, using AAS can lead to psychological effects such as addiction even after short-term use. Some researchers suggest that it affects about 30% of all users.

The addiction is psychological, but still, it may lead to symptoms of withdrawal after discontinuation such as:

Studies also report that addictions to AAS are especially common amongst people with bigorexia – a psychological condition known as muscle dysmorphia. The people affected have unrealistic beliefs that they are too skinny and small, not muscular enough, or not lean enough, despite this not being the reality.

AAS addiction is a treatable condition, which can be managed by slowly tapering off the drug and seeking professional help from specialists such as psychotherapists. 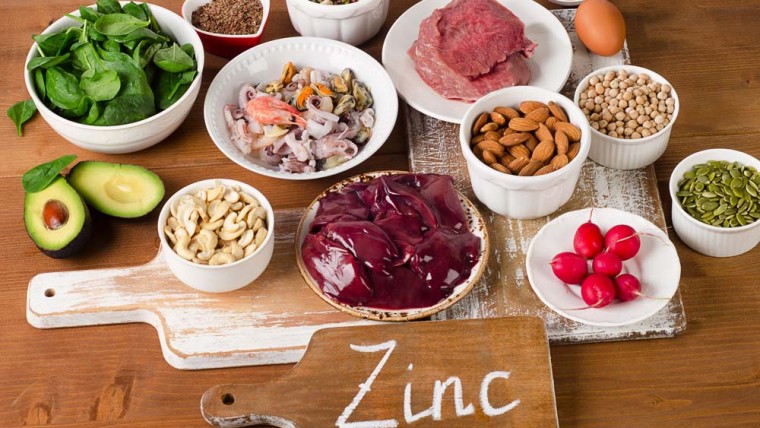 Zinc and Vitamin D for Testosterone 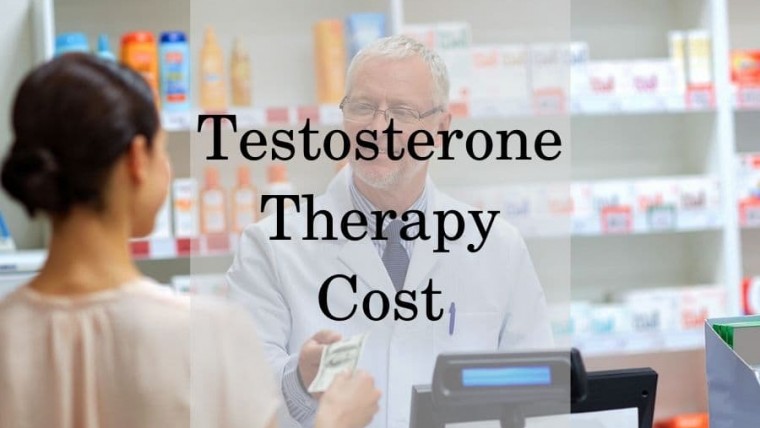 Testosterone Therapy Cost in the US